(a) It provides a stimulus for the egg to complete its maturation.
(b) It activates the ovum to develop into a new individual by repeated mitotic division.
(c) Fertilization restores the diploid number of chromosomes (46 in man) in the zygote by adding a male’s haploid set of chromosomes.
(d) It makes the egg more active metabolically.
(e) It combines the character of two parents and introduces variations. So help in evolution.
(f) Sex chromosomes of sperm are either X or Y and help in sex determination.
(g) Fertilization membrane formed after sperm entry, checks the entry of additional sperms.
(h) Copulation path sets the axis of division.

The menstrual cycle consists of the following four phases:

(i) In a 28 days menstrual cycle, the menses takes place on cycle days 3-5.
(ii) The production of LH from the anterior lobe of the pituitary gland is reduced.
(iii) The withdrawal of this hormone causes degeneration of the corpus luteum and, therefore progesterone production is reduced.
(iv) Production of oestrogen is also reduced in this phase.
(v) The endometrium of the uterus breaks down & menstruation begins.
(vi) The cells of endometrium secretions, blood & unfertilised ovum constitute the menstrual flow.

(i) This phase usually includes cycle days 6-13 or 14 in a 28 days cycle.
(ii) The follicle-stimulating hormone (FSH) secreted by the anterior lobe of the pituitary gland stimulates the ovarian follicle to secrete oestrogens.
(iii) Oestrogen stimulates the proliferation of the endometrium of the uterine wall.
(iv) The endometrium becomes thicker by rapid cell multiplication and this is accompanied by an increase in uterine glands & blood vessels.

(i) Both LH & FSH attain a peak level in the middle of the cycle (about the 14th day).
(ii) Oestrogen concentration in blood increases.
(iii) Rapid secretion of LH induces rupturing of gryphon follicle and thereby the release of the ovum.
(iv) In fact LH causes ovulation.

1- Cutin is a lipid. It is not a protein.
2- Sucrose is a non-reducing sugar.
3- Isoprenoids are monomers of carotenoids, steroids and terpenes.
4- ATP, RuBP, NADP all have ribose sugar in them
5- Most enzymes work at a slightly alkaline pH.
6- With each cardiac output Kidney receives 10%. {both Kidneys receives 20 %}
7- In a molecule of DNA nucleotides are linked both vertically and horizontally.
8- Tetroses are the least abundant carbohydrates in nature.
9- Charged pores in a cell membrane are formed by Channel proteins.
10- Cytokinesis is the division of CELL after the division of cytoplasm. It is not the division of cytoplasm.
11- Bacterial chromosome has DNA only, nothing else.
12-NOSTOC lacks mitochondria and hence it is not present.
13- Chromosome condensation is at PEAK in the METAPHASE phase.
14- All those sugars ending in ”ulose” are KETO SUGARS { exceptions are Fructose and Dihydroxyacetone}, these are also keto.
15- Agar, Pectin, Starch do not contain NITROGEN in them.
16- CHITIN has NITROGEN in it.
17- Alkaloids { Nicotine, Daturine, Atropine } are frequently present in the solanacea family.
18-Acoelomates, Psuedocoelomates, Coelomates ALL have MESODERM in them.
19-CAPSID of Polio Virus is SPHERICAL in shape.
20- ENDOSPORES are formed during the DECLINE phase.
21-Spores are formed during ASEXUAL reproduction in Rhizopus.
22-Most superficial infections are caused by Duetromycetes fungi.
23-RED ALGAE also help in Coral formation.
24-Secondary host of Liverfluke is SNAIL.
25-TRANSDUCED bacteria has three types of DNA.{of itself, of other bacteria and of Virus }
26-RHIZOPUS is Aseptate and Multinucleate.
27-Bacteriophage is always DNA, it cannot have RNA.
28-First organ system ever developed in evolution after the formation of Mesoderm is neither Digestive nor Nervous but it is an EXCRETORY system by PLATYHELMENTHES.
29-HYDRA has no specialized muscle cells because it lacks MESODERM. 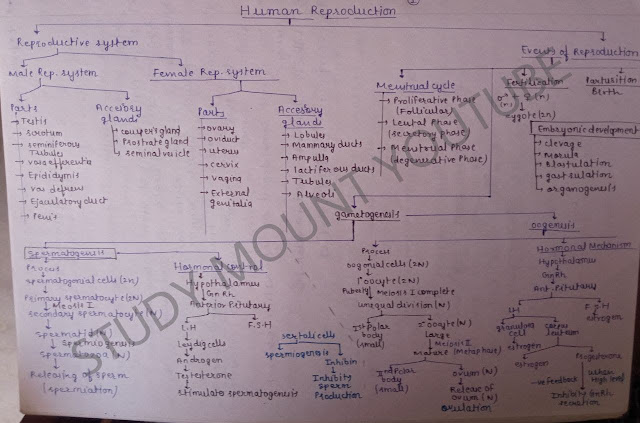