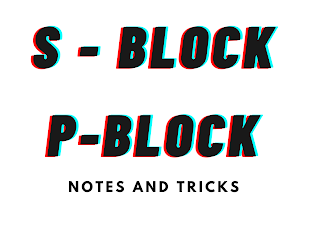 Covalent Character:
Small cations and large anions favour covalency.
Order: LiCl > NaCl > KCl > RbCl > CsCl & . LiI > LiBr > LiCl > LiF
Greater the charge on the cation greater is its polarizing power and hence larger is the covalent character: Na+CI- < Mg+2CI2 < AI+3 CI3
Greater the charge on the anion, more easily it gets polarized thereby imparting more covalent character to the compound formed eg covalent character increase in the order. NaCI < Na2SO4 < Na3PO4
c) Lattice Energies:
Amount of energy required to separate one mole of the solid ionic compound into its gaseous ions.
The greater the lattice energy, the higher is the melting point of the alkali metals halide and the lower is its solubility in water
d) Hydration Energy:
Amount of energy released when one mole of gaseous ions combine with water to form hydrated ions.
M+ (g) + aq → M+ (aq) + hydration energy
X- (g) + aq → X- (aq) + hydration energy
The higher the hydration energy of the ions greater is the solubility of the compound in water.
The solubility of the most of alkali metal halides except those of fluorides decreases on descending the group since the decrease in hydration energy is more than the corresponding decrease in the lattice energy.
Due to the high hydration energy of Li+ ion, Lithium halides are soluble in water except for LiF which is sparingly soluble due to its high lattice energy.
For the same alkali metal, the melting point decreases in the order
fluoride > chloride > bromide > iodide
For the same halide ion, the melting point of lithium halides are lower than those of the corresponding sodium halides and thereafter they decrease as we move down the group from Na to Cs.
The low melting point of LiCl (887 K) as compared to NaCl is probably because LiCl is covalent in nature and NaCl is ionic.
Anomalous Behavior of Lithium and diagonal relationship with Magnesium:
Li has anomalous properties due to
Very small size
High polarizing Power
Lithium shows a diagonal relationship with magnesium because both elements have almost the same polarizing power.
The melting point and boiling point of lithium are comparatively high.
Lithium is much harder than other alkali metals. Magnesium is also hard metal.
Lithium reacts with oxygen least readily to form normal oxide whereas other alkali metals form peroxides and superoxides.
LiOH like Mg (OH)2  is a weak base. Hydroxides of other alkali metals are strong bases.
Due to their appreciable covalent nature, the halides and alkyls of lithium and magnesium are soluble in organic solvents.
Unlike elements of group 1 but like magnesium. Lithium forms nitride with nitrogen.6Li + N2 → 2Li3N
LiCl is deliquescent and crystallizes as a hydrate, LiCI2H2O. Other alkali metals do not form hydrates.  also forms hydrate, MgCI2.8H2O.
~, Unlike other alkali metals lithium, reacts directly with carbon to form an ionic carbide. Magnesium also forms a similar carbide.
~The carbonates, hydroxides and nitrates of lithium as well as magnesium decompose on heating.
☘️Li2CO3 → Li2O + CO2
☘️MgCO3 → MgO + CO2
☘️2LiOH → Li2O + H2O
☘️Mg (OH)2  → MgO + H2O
☘️4LiNO3 → 2Li2O + 4NO2 + O2
☘️2Mg ( NO3)2 → 2Mg + 4NO2 +O2
~The corresponding salts of other alkali metals are stable towards heat.
Lithium nitrate, on heating, decomposes to give lithium oxide, Li2O  whereas other alkali metals nitrate decomposes to give the corresponding nitrite.
4LiNO3 → 2Li2O + 4NO2 + O2
2NaNO3 → 2NaNO2 + O2
2KNO3 → 2KNO2 + O2
~Li2CO3, LiOH, LiF and Li3PO4   are the only alkali metal salts that are insoluble in water. The corresponding magnesium compounds are also insoluble in water.
~Hydrogen carbonates of both lithium and magnesium can not be isolated in a solid state. Hydrogen carbonates of other alkali metals can be isolated in a solid state.
~Sodium Hydroxide (NaOH):
NaOH is stable towards heat but is reduced to metal when heated with carbon
2NaOH + 2C → 2Na +2CO + H2
FeCl3 + 3NaOH →Fe(OH)3 + 3NaCl
NH4Cl + NaOH → NaCl + NH3 (pungent smell) + H2O