Here is a special Trick to get the bond order in 10 seconds only! This trick is 100% Correct and applicable for all types of questions! At first study about What is Bond Order and its… Read More »How to find Bond Order? |Short Trick| – 7tricks

Here is the list of Important Cells that are mentioned in NCERT. It is very important for competitive exams or boards!            🌟1. Heterocysts: Specialised cells found in Nostoc & Anabaena… Read More »Important Cells in NCERT Biology – 7tricks

Here are the all shapes that are mentioned in the NCERT Biology book are written here at single place. Don’t miss to learn any shape because these are very important for students of medical who are preparing for neet or boards! 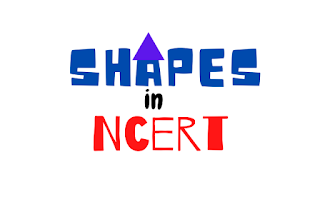 The extra edge of NCERT

1. Triple helical model of collagen was given by G.N. Ramachandran

2. Ramachandran was influenced by Linus Pauling

3. Darwin was influenced by Malthus

5. a- helix & b- sheet structures was published by Linus Pauling

7tricks present a super-duper trick to learn Amphoteric Oxides & Metals in few seconds with 100% quick & funny learning.we are sure, it will help you in exams a lot!   Amphoteric Oxides :  Oxides… Read More »Short Trick of Amphoteric Metals, Oxides; leran in 10 seconds! – 7tricks

Hybridization Trick : Get it in Seconds : Chemistry Easy Short Tricks to find of any Compound – 7tricks 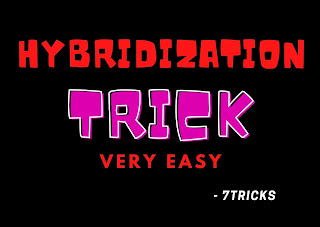 V = No. of valence electrons

IF Sum is 2 then Hybridization is → (SP)

➥Let’s learn with some Examples

Note:- (1) Oxygen is not a univalent atom. So if it come then ignore it.

➥Let’s learn with some Examples

We got 4 so Hybridization is (SP³)

So,  Hybridization is (SP3)

NOTE:-  Here we not consider oxygen in formula because Oxygen is not an univalent atom.

Read More »Hybridization Trick : Get it in Seconds : Chemistry Easy Short Tricks to find of any Compound – 7tricks